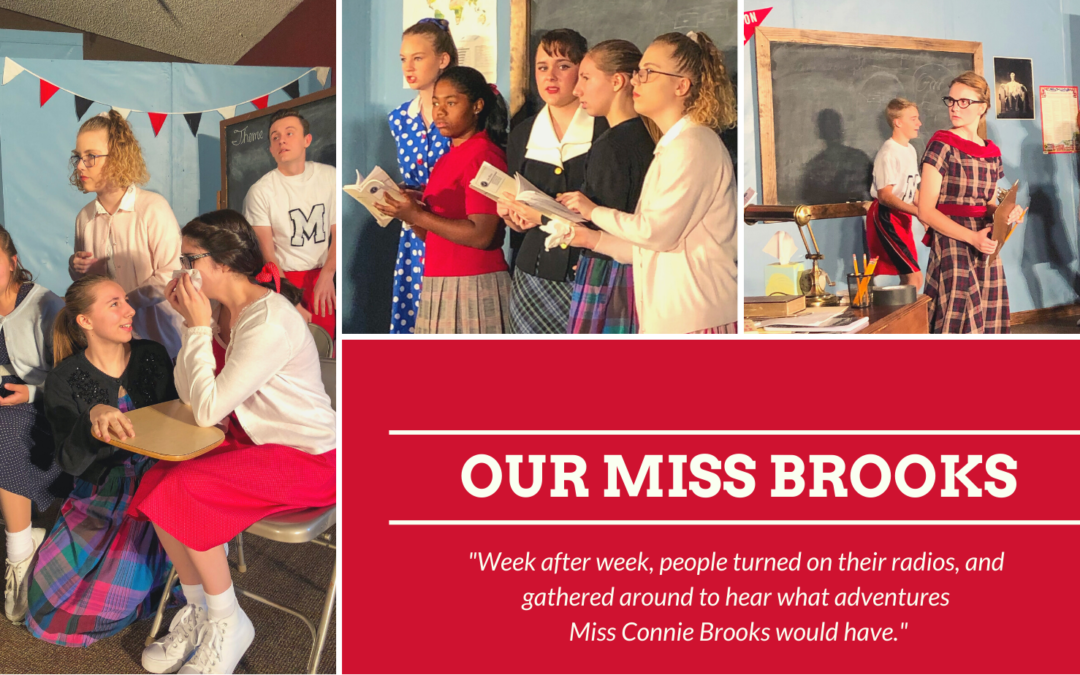 Who is this Miss Brooks? And where did she come from? Well, this spunky, hardworking, popular English teacher first came right over the radio airwaves on July 19, 1948. In those days, a single, hardworking, English teacher as the main character was a very novel idea. It became even more novel when her sarcastic sense of humor and her attempts to attract the attention of the shy Biology teacher, Mr. Boynton, were added. Week after week, people turned on their radios and gathered around to hear what adventures Miss Connie Brooks would have.

The very popular “Our Miss Brooks” radio program was joined by a television program with the same name in 1952. The same actors and actresses whose voices were so familiar on the radio program were featured in the television version. Now people gathered around their TV to see the faces of their favorite characters as well as to keep up with the adventures of Miss Brooks.

“Our Miss Brooks” definitely had long-lasting popularity. The radio program carried her adventures over the air from 1948 through 1957. The television program aired their version of her adventures from 1952 to 1956. There was even a movie version produced in 1956, which featured some of the same actors as the original radio program. This version disregarded the final four years of the previous “Our Miss Brooks” episodes, and then made significant changes to the storyline. No spoilers here!

It’s a definite testimony to the popularity of “Our Miss Brooks”, that Eve Arden, the actress who played English teacher Connie Brooks on both the radio and television productions, received several employment offers for positions as a High School English teacher. People were very impressed by the sympathetic way she portrayed teachers.

“Our Miss Brooks” is still popular with theater groups and audiences – proving that she was way ahead of her time in 1948!